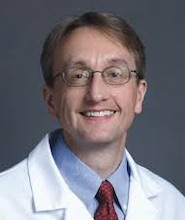 Clay F. Semenkovich, M.D., is Chief of the Division of Endocrinology, Metabolism and Lipid Research and Professor of Medicine and of Cell Biology and Physiology. He is also founding Program Director of the Building Interdisciplinary Research Careers in Women’s Health (BIRCWH) Program at the University. He has served on numerous national panels and National Institutes of Health study sections, and has editorial responsibilities with a number of scientific journals. Named in Best Doctors in America and America’s Top Doctors, Dr. Semenkovich has received several Washington University teaching awards. A Distinguished Alumni Scholarship was established in his name in 2003 by the Washington University Medical Center Alumni Association. Dr. Semenkovich also received the 2006 Alumni/Faculty award from the same organization, and currently holds the Irene E. and Michael M. Karl Professorship, an endowed chair in the School of Medicine at Washington University.

We are interested in lipid metabolism and how it promotes atherosclerosis in the setting of obesity, insulin resistance and diabetes. Our work is translational, spanning cultured cells, animal models and humans.

Fats are partitioned to tissues in highly regulated ways. Excess lipids directed to adipose tissue are stored and lead to obesity, a disorder associated with diabetes, insulin resistance, and heart disease. We engineered mice with ectopic and inducible expression of uncoupling protein-1 (UCP-1) in specific tissues. UCP-1 is an inner mitochondrial anion transporter that uncouples respiration and oxidative phosphorylation. These animals are being used to study the role of metabolism in age-related diseases such as atherosclerosis and hypertension.

Fatty acid metabolism is controlled in part by the nuclear receptor perioxisome proliferator-activated receptor alpha (PPARalpha). We have demonstrated a role for this receptor in atherosclerosis, diabetes and hypertension in animal models. Using tissue-specific inactivation of the rate-limiting enzyme in atherosclerosis, fatty acid synthase (FAS), we have also shown that FAS generates an endogenous ligand responsible for PPARalpha activation. Ongoing studies are defining how FAS and PPARalpha interact to affect metabolism.

Up to a quarter of Americans have some combination of abnormal lipids, high blood pressure, elevated blood sugar, and excess abdominal fat. Collectively, these conditions constitute the metabolic syndrome, which confers considerable risk for frank diabetes and cardiovascular disease. We have shown that a mutation in the kinase ATM, known to be responsible for the cancer-prone disease ataxia telangiectasia, contributes to features of the metabolic syndrome in mice. Low dose, intermittent administration of the anti-malarial drug chloroquine activates ATM and improves metabolic abnormalities in mice. Mechanistic studies in animal models and clinical trials in humans are testing the hypothesis that ATM activation ameliorates the metabolic syndrome.