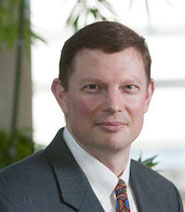 Dr. Myers’ research focuses on the processes that enable the body to respond normally to insulin, and how problems in these pathways contribute to the development of insulin resistance and diabetes. His laboratory specifically concentrates on the crucial role played by nerve centers in the unconscious part of the brain — what Myers calls “glycemic control centers” — that regulate the body’s ability to respond to insulin.

The Myers lab focuses on the actions of the key metabolic hormone, leptin. While best known for regulating body weight, leptin plays a crucial role in the regulation of insulin action and blood sugar via the glycemic control centers of the brain. Furthermore, much of the control of blood sugar by leptin is independent of the body weight control.

Aside from his research, Dr. Myers has received numerous awards. In June 2010, he received the American Diabetes Association’s prestigious Outstanding Scientific Achievement Award.