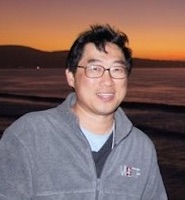 Seung K. Kim is Professor in the Department of Developmental Biology and, by courtesy, in the Department of Medicine (Oncology Division) at Stanford University School of Medicine, where he has been a faculty member since 1998. He received his undergraduate degree in Biochemical Sciences from Harvard University in 1985, then his M.D. and Ph.D. from the Medical Scientist Training Program (MSTP) at Stanford University School of Medicine in 1992. From 1992 to 1994, Dr. Kim was a resident physician in the Department of Internal Medicine at the Brigham and Women's Hospital, Boston. Dr. Kim served from 1994 to 1997 as a Medical Oncology Fellow and Instructor at Harvard Medical School and the Dana-Farber Cancer Institute, and a Howard Hughes Medical Institute Research Fellow at Harvard University from 1995-1998.

In recognition of his achievements, Dr. Kim has received multiple awards, including selection in 2008 as an Investigator in the Howard Hughes Medical Institute, the Gerald and Kayla Grodsky Basic Science Research Award from the JDRF in 2013, and in the Ho-Am Prize in Medicine in 2014. Dr. Kim is also an award-winning teacher and mentor who has contributed to science education in multiple ways in secondary school, undergraduate, graduate and post-graduate training programs over the past 18 years. For 14 years, from 2000 to 2013, he served as co-director or director of the Stanford MSTP, overseeing the dual MD/PhD training of hundreds of students. He is a past recipient of the Henry J. Kaiser Family Foundation Award for Excellence in Teaching, and the Faculty Award for Excellence in Mentoring and Service in the Biosciences Graduate Programs at Stanford University School of Medicine. Dr. Kim has served as an external advisor to the U.S. National Institutes of Health, to the Seoul National University School of Medicine, and multiple private Foundations and Trusts, including the JDRF, and the Harry and Leona Helmsley Trust.

For over two decades, Dr. Kim has been an illuminative force and thought leader, in the vanguard of his research fields. Dr. Kim’s laboratory at Stanford has discovered new approaches to create, expand, and regenerate pancreatic islets, the tissue that makes the vital hormone insulin, which is deficient in diabetes. He and his team have isolated stem and progenitor cells from the pancreas and elucidated new molecular pathways that control expansion of pancreatic cells in normal settings or cancer. These efforts have created unprecedented opportunities for harnessing knowledge about the molecular and cellular basis of pancreatic development and growth to restore pancreas islet function and to diagnose pancreas cancers. His discoveries have generated tools and expertise needed to produce islet regeneration therapies for type 1 diabetes, to improve treatments and tests to mitigate or prevent type 2 diabetes, and to generate new diagnostic strategies for pancreas cancer.