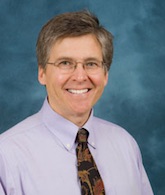 Dr. William Herman received his medical degree from Boston University in 1979. He completed an internship and residency in Internal Medicine at the University of Michigan, as well as a residency in preventive medicine at the Centers for Disease Control and Prevention (CDC) in Atlanta. He received his fellowship training in endocrinology, epidemiology, and metabolism at the U-M, joining the U-M faculty as assistant professor of internal medicine and obstetrics and gynecology from 1987 to 1991. Dr. Herman returned to the CDC as chief of the Epidemiology and Statistics Branch in the Division of Diabetes Translation, where he served for several years. In 1995, Dr. Herman accepted the position at the U-M as associate professor of internal medicine and epidemiology and Associate Medical Director of M-CARE.

Dr. Herman’s past and present research has focused on clinical, epidemiologic, and health services research in diabetes. His work includes the following: