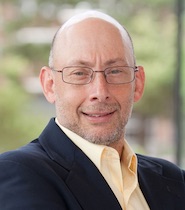 One major laboratory project is the investigation of adipocyte progenitor cells, adipocyte programmed cell death and adipose tissue fibrosis that is induced by high fat feeding. In these studies, we have utilized a variety of experimental approaches including genetically engineered mice, Fluorescent Activated Cell Sorting (FACS) analyses and sorting along with quantitative reverse transcriptase polymerase chain reaction (qRT-PCR). In these analyses we isolated a variety of inflammatory specific cell types within adipose tissue and have taken extensive use of RNAseq technology to characterize the expression profiles of these various cell subsets. This approach has allowed us to develop a functional understanding of the signaling interplay between the adipose tissue immune cell types to determine the specific role each cell is playing in the inflammatory response.

A second major laboratory project is based upon our recent findings that in the fed state CDK8/CycC complex directly phosphorylates the nuclear form of SREBP-1c that induces an E3 ligase mediated ubiquitination and proteasome-mediated degradation of SREBP-1c. This process is one of several that is required to maintain nuclear SREBP1-c at very low levels thereby suppresses lipogenic gene expression and lipogenesis. However, n the fed state, CDK8/CycC proteins are rapidly down regulated through a mTORC1 dependent pathway leading to increased SREBP-1c stability and increased lipogenic gene expression and lipogenesis. During the past two years, we have developed a robust research team, several key mouse genetic models and cell based approaches (primary rat hepatocytes and FAO cells) to investigate the regulation of liver lipogenesis in normal and pathophysiologic states of insulin resistance, obesity and non-alcoholic fatty liver disease (NFALD).

The final major emphasis of the laboratory is based upon the novel-signaling pathway between the non-receptor tyrosine kinase Fyn and the LKB1 tumor suppressor gene in regulating AMPK and mTORC1 signaling. This has opened a new area of investigation that directly related to the control of energy metabolisms and the balance between catabolic and anabolic control. We are now devoting a considerable effort to unravel these critical mechanisms that appears responsible for the control of skeletal muscle metabolism and muscle maintenance. During the course of these investigations we compared the phenotype of between the glycolytic muscle wasting of Fyn transgenic mice with that of Pompe disease mice and uncovered a critical aspect of Pompe disease resulting from the inability to activate mTORC1. We have examined the affect of a dietary intervention to reactivate mTORC1 that remarkable was able to almost completely prevent the muscle wasting and muscle dysfunction in Pompe mice. As such, we now propose to delineate the molecular mechanisms and signaling pathways mediating mTORC1 activation and the role of mTORC1 in autophagic vacuole and lysosome function that is dysfunctional in skeletal muscle of the Pompe mouse model.